The Saskatchewan Railway Museum is home to three streetcars: Saskatoon Municipal Railway (SMR) car #51, SMR #40, and SMR #203. All three cars operated in Saskatoon during the era of the streetcar, 1913-51.

1. SMR #51 is a steel car built in 1927 by the National Steel Car Company of Hamilton, Ontario. This is a double-ended tram built on a steel body, with horsehair and rattan seats, and a birch wood trim interior. The interior includes transverse seats, period advertising, and original buzzer buttons and a foot gong.

This car and its sister street cars operated in Saskatoon until 1951, when many of them were sold for storage or lake cottages and replaced by electric trolley buses. This car was acquired by the museum from a farmer in 1994 and pain-stakingly restored by museum volunteers with the help of the Saskatoon Auto Body Association and donations from various individuals and companies.

The streetcar display includes two of the actual trams which operated on the Saskatoon Municipal Railway set on rails taken from the city’s streets. Visitors can walk through #51 and also view a replica of a waiting shed modeled after the one which was at the University of Saskatchewan streetcar loop. The streetscape includes actual poles, a timeclock box, bench, and cobblestones donated by the City of Saskatoon.” 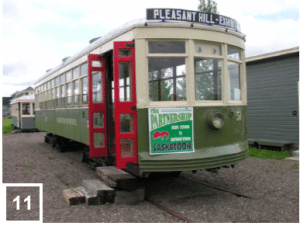 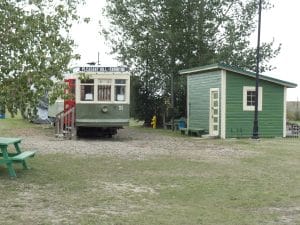 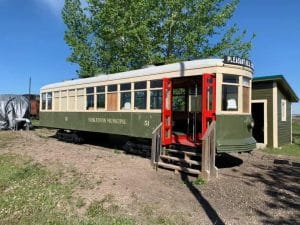 2. SMR Preston car #40 is a smaller, wooden-body, single truck streetcar is often referred to as a “puddle-jumper.” It was built by the Preston Car Company in Ontario in 1911 for the Calgary Municipal Railway and, along with six others of its type, was traded to Saskatoon in 1919 for six larger cars that when fully loaded exceeded the load limit of the city’s Traffic Bridge. Number 40 was acquired by the museum from a Saskatoon-district farmer in 2000. At present, this car is not open to the public and is in need of major restoration before the interior can be exhibited. 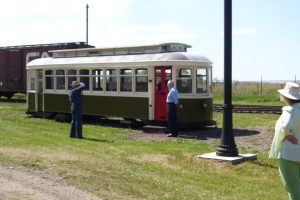 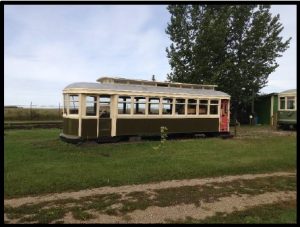 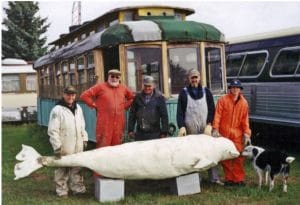 3. SMR Cincinnati car #203 sits at the back of the museum property. It was built in 1918 by the Cincinnati Car Company for the City of Cleveland and later sold to the City of London, Ontario.  In 1941, this car and four others were sold to the Saskatoon Municipal Railway because there was a shortage of cars in Saskatoon and newer cars were not available because of the War. The five streetcars were purchased inexpensively and reconditioned by SMR. This tram operated until 1951 and was acquired by the Sask. Railway Museum in 1989. 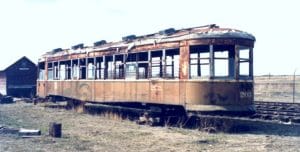 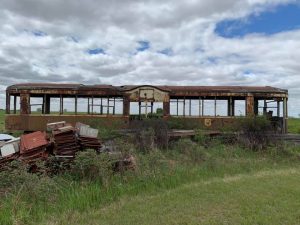